MINDING YOUR NEIGHBOURS' BUSINESS IS HIS BUSINESS 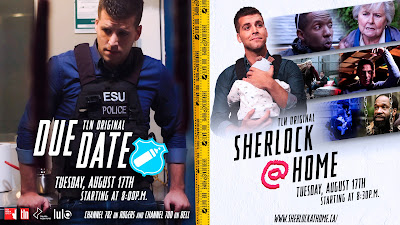 Excited that our comedy series is finally being unveiled. Details in poster above but you can also check out the trailer here.
Posted by SuperDad at Tuesday, August 17, 2021 No comments:

Thanks for the shout out, NSI Canada. Excitement for StoryGame Studios' interactive thriller, Laverna Park builds before Kickstarter launch August 4. 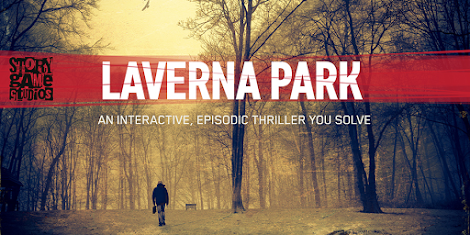 Check out the Kickstarter launch page.

I am often asked: “What’s it like being a cutting edge father/stay at home dad/primary caregiver to three kids?” I tell dads who are confronting solo parenting, lead parenting or just “wife has gone to Vegas for the weekend”: Do it your own way. The glory of being a male caregiver is that, since there are not many role models, it’s open for us to make up what makes a good pop.
Look at Captain Von Trap in “The Sound of Music”. Remember how Maria, the problem nun, reacts with horror at how widowed Capt. Von Trap pipes in his children for inspection? Arrayed in sailor outfits and marching in time to his piping, they assemble in a disciplined row. We are expected to mirror Maria’s shock while also being amused at this rigid operation. However, as a father who has to get kids out the door for school five days a week, I admire the good Captain.

Cap had his stuff sorted. Cool, stern but fair. His kids were well-behaved, groomed, fed and actually responded to questions when addressed by an adult. And once they did as required I bet he left them alone to live their lives as he went about his – scoring hot rich Countesses and free-thinking nuns. Many parents are too involved in their kids’ inner lives - that’s why I respect cool Captain von Trap. Also, he can whip out a guitar and sing a love song at the drop of a hat.
Posted by SuperDad at Friday, February 05, 2021 No comments:

Rooting around in my old computer for some documents I came across the link WhiskerRub, my former humour blog. While some of the posts are dated, many of them still are relevant and, I think, funny.

So have at 'er and check it out if you're looking for a laugh.

Posted by SuperDad at Tuesday, February 02, 2021 No comments:

Thanks for the props, Canadian Dad Influencers! 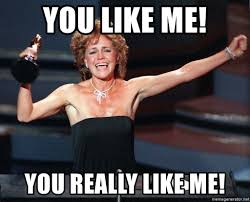 Imagine my surprise when I was notified that Pop Culture and me were named as top Canadian Dad Influencers by Casey Palmer in his recent post. Aw, go on!

I won't look too closely into how influential I really am - I can barely get my kids to pick their laundry up off the bedroom floor but it's always nice to be noticed. Flattery is very misunderstood.

So, thanks for that, Casey. Gave me a lift to see that this morning. Glad to know someone is reading the blog and enjoying it.

Like every other screenwriter or other creative in Canada, I've pitched something to Netflix for their open call: a half hour comedy, Unqualified Success, about a barista appointed to becoming a Justice of the Peace (inspired by my time working in the Provincial Court system) and this one, Split Second, an animated comedy about a 'bad' kid who while undergoing a scientific procedure to remove all his 'badness' ends up getting an evil double instead. Odds of a call are approximately 2/1,000,000 but a guy can dream. 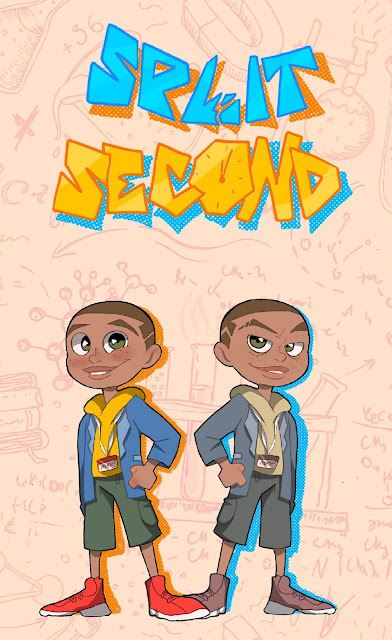 Posted by SuperDad at Thursday, August 06, 2020 No comments:

Check out my true crime episode "Go Forth and Murder", part of the Investigation Discovery series "If I Should Die"

This true crime series is all about crimes being solved using the victim's own words from "beyond the grave" i.e. diaries, blogs and letters.

The show is now available on iTunes as well.