That line is from the great Gen X teen romantic comedy film, ‘Say Anything.’ In it, good guy optimist oddball aspiring kick-boxer Lloyd Dobler (John Cusack) invites the beautiful and brainy valedictorian Diane Court (Ione Skye) to the high school graduation party – and, to the amazement and respect of all and sundry, she agrees. But more than that, people surprisingly respect Diane for saying yes. Lloyd and Diane go on to have a summer romance which her father (John Mahoney) sabotages as he fears this will threaten Diane’s academic future. Lloyd does not quit but wins her back with a grand romantic gesture.


When Lloyd is about to give up he gets advice from his best friend, Corey Flood (played by Lilli Taylor):

Great advice. Be a man. And be a man without apologizing for it. In a time which is rife with such phrases as “mansplaining” and “toxic masculinity” it is important to tell boys and young men that there is value in being a man, instead of a guy or in perhaps its more current form a ‘bro’.
The question then is what is a man? For me it ties into the meaning of the Yiddish word mensch – a human being of character, rectitude and dignity. Lloyd, for all his goofy uncertainty about what he wants to become or “do” (to the irritation of adults and in particular Diane’s dad), knows more than most – and that’s why he is universally admired by his peers. He is himself. Unapologetically. He is not afraid to be goofy, kind, heartfelt and optimistic – even though the world will continually kick him in the head for it.

Is it just coincidence that Lloyd wants to be a kickboxer? He will put himself at risk, believing in himself and choosing a ‘profession’ where he is unlikely to succeed and, even if he does, he’ll get the living crap kicked out of him on a regular basis. Throughout the movie, he puts himself on the line for what he believes in knowing it is not the ‘smart’ realistic choice. He knows what is important, he cares for people, and knows what he doesn’t want to be – a consumer, a cog or, in a word which has greater ironic significance in today’s social media world: a ‘follower’.

He is not just romantic but a Romantic and, in fact, is a Romantic hero. This also ties into what being a man is: being yourself, boldly going after what you want, knowing the risks are great. It is great inspiration for young (and all) men to not be afraid of being emotional, vulnerable and brave. To put yourself out there, risking looking like a fool and probably failing

Diane Court: Nobody thinks it will work, do they?
Lloyd Dobler: No. You just described every great success story.

Recently my 16 year old son, who plays competitive hockey, demonstrated this. His team is in what we like to call “rebuild mode”, which means they don’t win games though they try hard, get better and come close. You might characterize it as a Romantic endeavour. In fact, though we’re halfway through the season, they only just won their first game. So, when they did, in a bold move, my son grabbed the erasable marker from the game white board, skated over and started to write something on the glass in front of some people sitting in the stands, people who clearly were supporters of the other team. Pandemonium ensued. What was he doing? Writing some taunt? Some vile slander or obscenity in a display of unsportsmanlike conduct? Thing is, he was trying to write it backwards and was struggling to get it right and no one really could tell. Parents in the stands were outraged. Players from the other team wanted to fight him. The referees were screaming at him. So he skated off the ice before he finished his message.

I was boiling mad and embarrassed and concerned what would happen to him. What was this stupid stunt he was pulling? He’s an Alternate Captain for godssake, how is this demonstrating leadership? How is this thinking ahead? Then I looked closely at what he had managed to write and had to laugh to myself. He had written (partially) “Add Me” and then his SnapChat handle. In the stands in the front row was sitting a very attractive young woman of approximately the same age as he. Let’s say my feelings at this point were mixed.

As what he had attempted to write became clear, attitudes in the stands diverged – some were clearly still deeply offended and outraged (some people really enjoy feeling deeply offended and outraged, I think he made their week), others thought it was a goofy and dumb stunt but harmless (I fell mostly in this category) but some were tickled pink. At least one dad was deeply impressed and his opinion of my son actually was raised. I think he took a picture of what he wrote.

One of my son’s good friends and a ‘player’ exiting the change room after the game told me, “Your son is a legend.” I grimaced and told him jokingly I blamed him as a bad influence. He then told me, “I would be proud to take the blame for that move.” I had to laugh again.

Also interesting were the reactions of some of the adult women. One told me, ‘Good for him. He knows what he wants and he goes for it. He’ll do well in life.” She’s pretty hardcore; I like her. Another mum I told about it later actually put her hand to her chest, looked a little misty and said, “How romantic!”

Anyway, he got suspended for three games in a questionable call by the referees claiming he’d made an obscene gesture (?). He felt terrible, apologized to his teammates and personally spoke to the organization’s General Manager to explain the situation, taking full responsibility but hoping cooler heads would prevail. While sympathetic, the GM told him there was likely no hope in reversing the decision - the GTHL ascribes to a 19th century Mitteleuropean bureaucratic model based on arbitrariness and lack of accountability. There was no appeal available.

So, is it my fault? I showed this movie to my sons. Was he led astray by bad advice? One of the interesting things about watching movies (especially old ones that impressed me when I was younger) is my increasing identification with the grouchy old adults. Some of what they tell these whippersnappers is good sense. A weird split personality develops in me where I see both sides now. The world has become more and more like the world Diane’s dad promotes – where you always need to do the safe thing, the smart thing, the calculated thing. Lloyd stands for the world which is about the bold move, the big move, the passionate move – not the smart move.

What my son did was dumb and impulsive and it put his team in a bad situation but my view of it has changed from irritation to amused embarrassment to a kind of pride. He acted from his heart with passion, he put himself out there. It blew up in his face but I hope the lesson he takes from it is not to stop but to keep trying. I hope he keeps going for it with gusto, to create his own life like he dreams for it to be.

He pulled a Lloyd Dobler. 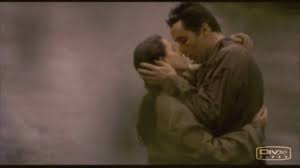 P.S. Many people I have told this story to want to know, was she won over, did she add him to SnapChat? Well, he never got to finish his message so, as far as I know, no. But there are other games…

Lloyd Dobler: I am looking for a dare to be great situation.