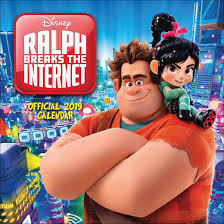 Interesting Hollywood Reporter article on how current animated films are taking on traditional "toxic-masculinity" roles in such films as Into The Spiderverse, Ralph Breaks the Internet and the Lego Movie 2. I quibble with some of what the writer talks about and in fact, I'd argue that she misses the point about what these traditional stories are attempting to explore. In many ways these movies are just  old wine in new bottles and are doing so in a pretty obvious 'of the moment' virtue-signalling way but it's a good starting point for discussions about what makes a 'good man'.

Of course, these (and most) films (animated or not, for kids or not) still feature a male as the chief protagonist having to learn/accomplish something. That to me is more of a bigger issue - not having a diversity of characters at the centre of stories. If that doesn't change, the stories themselves can't change much.

I plan to write more about this some day but at the moment I have to sign off - my cupcakes need to come out of the oven.